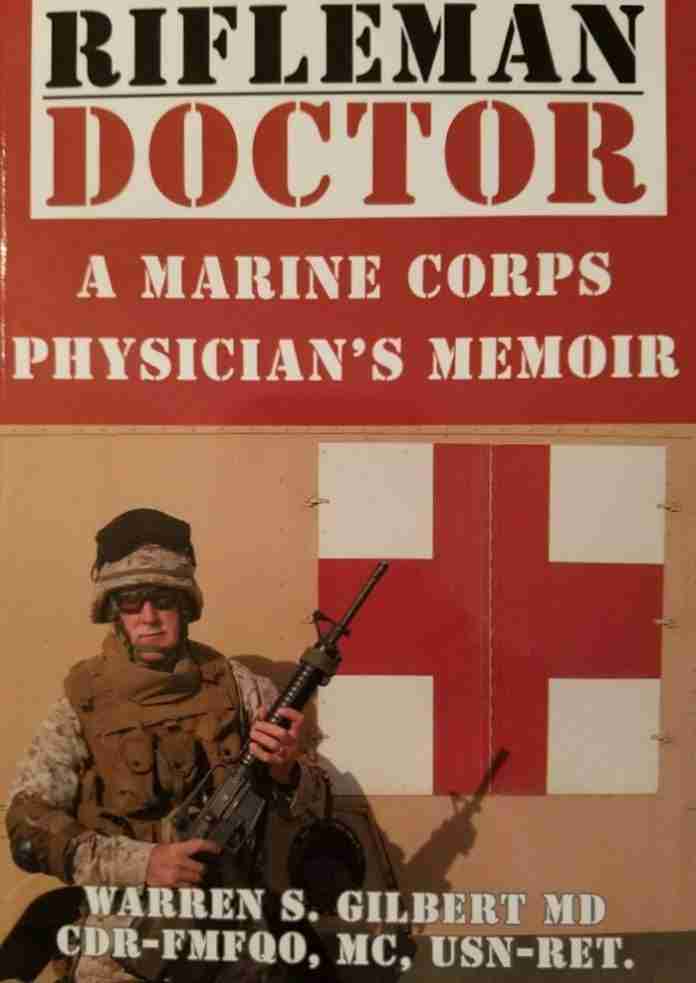 Warren Gilbert Rifleman Doctor was born and raised in Chicago, IL. He attended medical school at Rush Medical College. He went on to train in Family Medicine, Emergency Medicine, and Surgery. After completing his residency training he passed his Board exam in 1977 and has recertified five times since then. He was appointed the Director of Emergency Services at West Suburban Hospital Medical Center in June of 1977 and practiced Emergency Medicine, Surgery, and Family Medicine, including Obstetrics, until moving to Reno, Nevada in 1986 along with his wife, Deborah, and three children, Gina, Joseph, and Anna. During the next nine years he practiced Family Medicine and Emergency Medicine as well as serving as the Medical Director for the Washoe County Jail and the Sierra Nevada Job Corps Center.

Between the two Gulf Wars he joined the Naval Reserves and was called up for deployment when the Iraq War began in 2003. After returning home from Operation Iraqi Freedom he was awarded the AMCON Award for 2003 as the best junior medical officer in the Navy, as chosen by a committee comprised totally of Admirals. Towards the end of 2003 a request was made to his Naval Command by the 4th Force Marine Reconnaissance Company for him to assume the billet of Officer in Charge (OIC) of their Medical Detachment. Within several months a second request was received from the 4th Marine Division for him to formally transfer branches of service to the 4th Marine Division as the Commanding Officer of its primary Shock Trauma Platoon (STP).

During the next eight years Dr. Gilbert deployed in combat with his STP to both Afghanistan and Iraq in addition to two shorter tours of duty in Africa. From 2005-2008 he was also placed in command of the 4th Medical Battalion, Detachment 1 following which his billet was changed to the OIC of the Headquarters Medical Detachment at Miramar Marine Corps Air Station, San Diego. Throughout these eight years he continued to serve as the Commanding Officer of the 4th Marine Division’s primary STP.

Dr. Gilbert retired out of the 4th Marine Division in April, 2012 as a Lieutenant Colonel (LtCol). However, since the Navy and the Marine Corps are both branches of the Dept. of the Navy and, as a physician, his Commission was actually through the Navy, he has maintained the formal rank of Commander (CDR), even though all but two years of his military career were spent in service with the Marine Corps.

Shortly after retiring from the military Warren Gilbert Rifleman Doctor founded the non-profit organization Nevada Veterans For Veterans in order to provide help to needy veterans in the primary areas of jobs, health insurance, and medical issues, with special emphasis on PTSD/TBI problems. Included within the organization is two psychology groups with special expertise in the treatment of PTSD and related medical issues. In November of 2012 he was appointed by Governor Brian Sandoval as the Medical Commissioner of the State of Nevada Homeland Security Commission, a position that he held for 3 years. Within the last year Dr. Gilbert also became a charter member of a new VFW Post in Reno to try and bring together as many veterans as possible and help identify those in need of assistance.

In summary, during his 40 years as a physician, Warren S. Gilbert MD has raised a family, engaged in the practice of Family Medicine, Emergency Medicine, Surgery, and Occupational Medicine, as well as served in the Armed Forces of the United States as an Emergency Trauma Specialist with the 4th Marine Division. He has been a past President of the Nevada Academy of Family Physicians, President of the Medical Staff of Sparks Family Hospital (now Northern Nevada Medical Center), and is still currently the Medical Director of ARC Health and Wellness and the Medical Commissioner on the Nevada Homeland Security Commission.