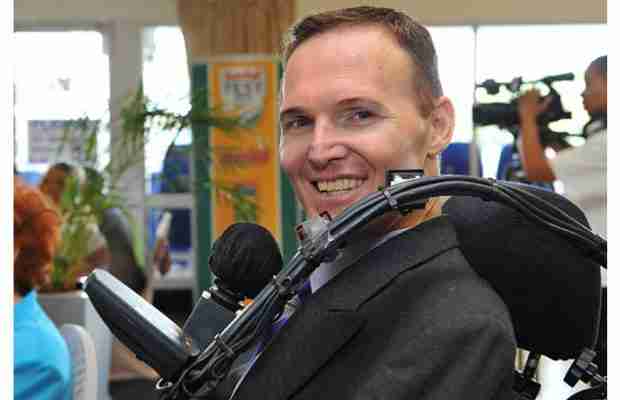 Victor Vermeulen had it all. He excelled in academics and sports and he boasted an expensive list of bursaries and awards.

At the age of nineteen, played with a young South African team at Lords, the famous English test ground and he was settling into a career with Transvaal. It was a matter of time before he would be given the opportunity to go in and bat for South Africa.

Then, a freak accident left Victor paralysed from the neck down with nothing to look forward to, only the memories of a dazzling past and the thoughts of could have been.

However, Victor (as his name implies) is made of sterner stuff! He did not dwell on the past but he looked at the positive aspects of his situation and with his mother’s support and encouragement, Victor set off down a new path as a motivational speaker.

A natural communicator, Victor’s message is a universal one; that it is possible, no matter what the difficulties, to achieve your goals and to fulfill your ambitions.

His extraordinary story of courage, optimism and sheer determination is told in his best-selling book ‘The Victor Within‘ (Tenacity Publications) which has the following forewords by Nelson Mandela (Mentioned Above) and the late Christopher Reeve.

“Most of us go through life spending very little time, if any, contemplating how we and our loved ones would be affected by catastrophic illness or injury.

Or, if we do think about have to face MS, Parkinsons, Diabetes, a stroke or a spinal cord injury we imagine (or at least I did), that our one life on this planet would have to be ruined, not only because of the loss of normal activity but our perceived inability to endure.

Victor’s book and the compelling mission statement for his life proves otherwise. He shows us that we have two choices in the face of adversity; to give in to loss or to reach new heights by discovering the power within. Victor has made the courageous choice and has much to teach us.”

“This remarkable young South African’s achievements against so many odds, have made us appreciate how much we can accomplish, no matter what stands in our path. His spirit, enthusiasm and courage serve as a lesson to us all.”

What Victor’s clients have had to say:

“Victor is the living proof of what is achievable with the right outlook. He is not the loud exhortational type of motivational speaker, nor would it suit him his power is in his truth and authenticity”.
Viv Jarvis HR Executive London 2012 Olympic Bid Committee.

“The entire audience was moved and each took away something different – many said it was the most impactful presentation they had ever heard.”
Deloitte & Touche.

“Victor made us realise that we all have the power to overcome even the most daunting obstacles and achieve our goals.”
British Petroleum.

“You’re an admirable young man and youre achievements are just incredible!”
Arnold Schwarzenegger.

The Victor Within: A story of optimism, tenacity and sheer determination.

At nineteen, Victor Vermeulen was a multi-talented athelete and scholar with an exceptionally bright future as a world-class cricketer. Then he broke his neck in a tragic accident. Instead of dwelling on what might have been, he assessed the positive side of his situation and with the unwavering support of his mother, Isabella, has now established himself as one of South Africa’s most inspirational and sought-after motivational speakers. This is his story – one of optimism, tenacity and sheer determination. 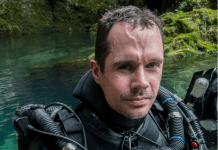