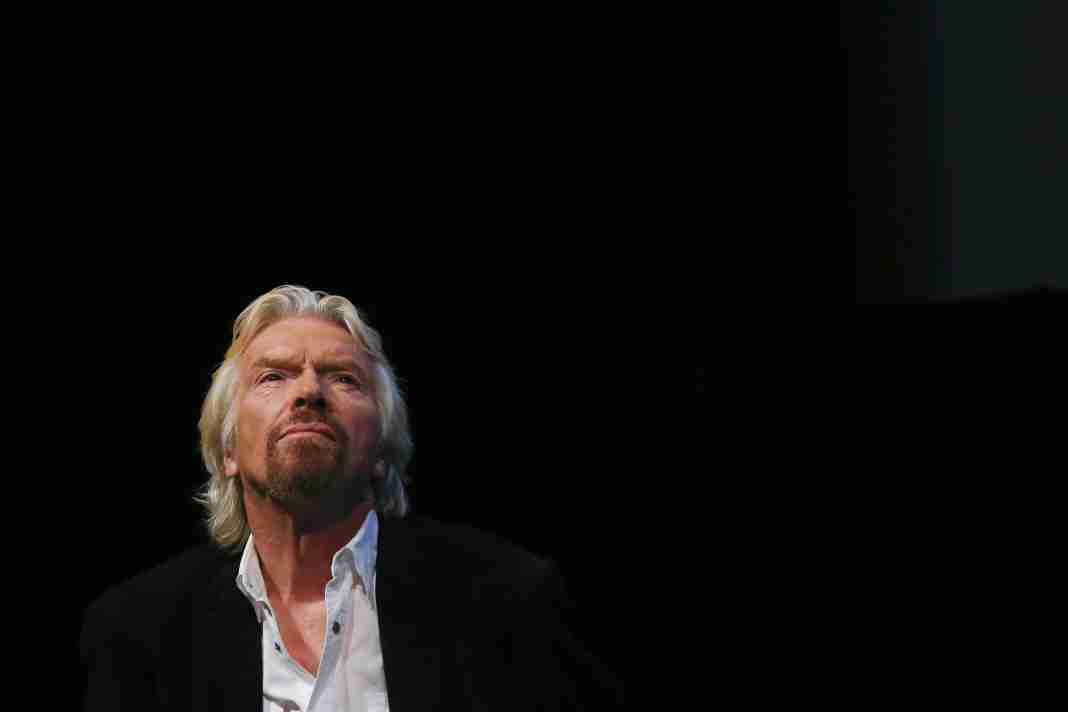 Sir Richard Branson is an international entrepreneur, adventurer, icon, founder of the Virgin Group, the eccentric and outspoken chairman of Virgin Atlantic Airways and the founder of Virgin Records. Famous for his daring entrepreneurial style, he oversees the Virgin Group, Ltd., an extensive conglomerate encompassing over 360 companies, including recording studios, a travel business, publishing entities, and retail industries worldwide.

An experienced daredevil, Branson has raced powerboats across the ocean and has set distance records in hot air balloons. His unconventional style of living is only a part of his undeniable knack for beating impossible odds in business and in life.

Virgin started when Branson was the tender age of 20. In 1972, soon after he opened a Virgin record store on Oxford Street in London, the young entrepreneur opened a recording studio in Oxfordshire and Virgin Records was born. Mike Oldfield was the first artist to sign and his album, Tubular Bells, sold more than five million copies.

Since 1985, he has been involved in a number of record-breaking land and air speed and distance attempts. In 1986, with his boat Virgin Atlantic Challenger II, he crossed the Atlantic Ocean in the fastest recorded time ever. One year later, Virgin Atlantic Flyer — a hot air balloon — was the first to cross the Atlantic Ocean and was the largest ever flown at 2.3 million cubic feet capacity, reaching speeds in excess of 130 miles per hour. Again, in 1991, Branson crossed the Pacific Ocean from Japan to Arctic Canada, breaking all existing records with speeds of up to 245 mph in a balloon measuring 2.6 million cubic feet.

Branson has guest starred on several television shows, including Friends, Baywatch, Only Fools and Horses, and The Rebel Billionaire. He also has had cameo appearances in several films such as Around the World in 80 Days, Superman Returns, and Casino Royale. He has also authored several books; most recently, Like a Virgin: Secrets They Won’t Teach You at Business School (September 2012).

In addition to his business activities, Branson backs a number of charities, including The Healthcare Foundation. With the help of Nelson Mandela, Branson and his friend Peter Gabriel brought together a group of eminent global leaders who “offer their collective influence and experience to support peace building, help address major causes of human suffering and promote the shared interests of humanity.”

The Elders, founded in 2007, includes such leaders as Martti Ahtisaari, Gro Harlem Brundtland, Jimmy Carter, Mary Robinson, and Archbishop Desmond Tutu. Additionally, in 2009 he brought together a group of the world’s top entrepreneurs to initiate the Carbon War Room, which increases the effectiveness of climate change efforts already underway and focuses on filling any gaps. Branson supports a number of initiatives that lead to economic empowerment and healthy communities.

He became Sir Richard Branson after Queen Elizabeth knighted him in 1999 for his business ability and enthusiasm for the spirit of Britain. In 2000, Branson received the Tony Jannus Award for his accomplishments in commercial air transportation.

December 2007, Branson was presented with the United Nations Correspondents Association Citizen of the World Award for his support for environmental and humanitarian causes. November 2010 Branson was awarded with the German Media Prize, previously awarded to President Bill Clinton and the Dalai Lama.

Sir Richard’s latest entries into the Guinness World Records include being the oldest person to cross the English Channel by kiteboard and having the most followers on LinkedIn. In September 2013, he led 318 participants to set a new record for the largest number of kitesurfers to complete a one-mile course, in Hampshire.

Sir Richard was awarded a knighthood for services to entrepreneurship. He lives on Necker Island with his wife Joan and has two children, Holly and Sam.

Based on his book Screw Business as Usual, in which Sir Richard reveals his exciting new vision for the future. It’s time to turn capitalism upside down — to shift our values, to switch from a just profit focus, to caring for people, communities and the planet.