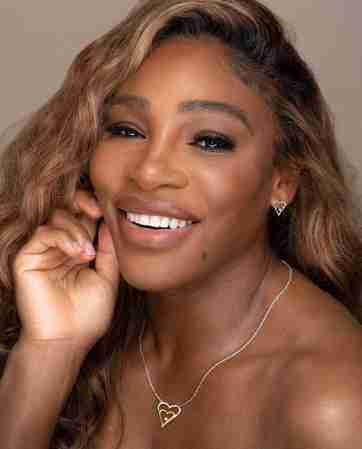 Tennis player and Sports Speaker Serena Williams demonstrates style, power, and courage on and off the tennis court. Serena is a philanthropist, fashion icon, and also has roles on television. Her performances in tennis and her off court endeavors makes her one of the most recognizable faces in the world.

Serena is the World No. 1 title holder in singles through 2017 and has returned to the 2018 top 30 since the birth of her baby last year. She has 35 Grand Slam titles which puts her 7th on the all time list.

She has held all four Grand Slam singles titles at the same time and is the most recent player, male or female, to do so and only the fifth woman in history to do so. Serena Williams has three Olympic gold medals in women’s doubles and one Olympic gold medal in women’s singles. She has also won more career prize money than any other female athlete in history.

Serena is also very passionate about her charity work. She is a regular at schools and hospitals around the U.S. and conducts tennis clinics for at-risk youth. She works with The Owl Foundation, helping to address learning problems for individuals who express academic failure.

Other organizations that she contributes to include the S.E. Tennis and Learning Center in Washington, D.C., the Ovarian Cancer Research Fund, and the Special Olympics. A vocal advocate for equality, Serena is instrumental in Allstate’s Purple Purse Foundation, a charity dedicated to ending domestic violence for both men and women. She has also contributed to the Arthur Ashe Foundation, meant to assist in AIDS research and treatment.

Serena has many accolades including Female Athlete of the Year, Best Sportswoman in the World, BBC’s Sports Personalities of the Year, and was nominated for the Sports Illustrated’s Sportsman of the Year Award.

Serena is also known for her style and fashion endeavours. She has endorsements with labels such as Nike and Beats. Using her funky fashion sense, she has created a clothing line through online retailer, HSN. She has also been featured in publications such as Vogue and In Style Magazine.

Speakers Inc in 2022 booked Serena as virtual panel guest for one of the top 50 companies across Africa, Bidvest.

A Conversation with Serena Williams

One of the most talented and successful athletes of all time, Serena Williams knows what it takes to win. She’s come back from major injuries to win international titles, and she’s persevered to become one of the top tennis players in history. An entrepreneur as well, Serena has also branched out off the court to pursue her love of fashion, running a successful line of clothing, handbags and jewelry.

A conversation with Serena Williams offers audiences nationwide a rare up-close and personal perspective on world-class dedication, training, winning, success, risk taking, entrepreneurship, advocacy for marginalized groups, and the importance of giving back.