Investigative journalist Sam Quinones is the best-selling author of Dreamland, the eye-opening chronicle of the causes underlying the American opioid crisis. Quinones’ work brought national attention to the topic, helping to breaking the silence and stigma surrounding the epidemic.

Dreamland was honored as one of the best books of the year by Amazon.com, Slate.com, the Daily Beast, Buzzfeed, the Seattle Times, the Boston Globe, Entertainment Weekly, Audible, as well as the Wall Street Journal and .

Quinones has been a reporter for over 30 years. He spent 10 years living and working as a freelance writer in Mexico, where he specialized on immigration, drug trafficking, and gangs. His first two books – True Tales From Another Mexico: The Lynch Mob, the Popsicle Kings, Chalino and the Bronx and Antonio’s Gun and Delfino’s Dream: True Tales of Mexican Migration – gave a voice to marginalized Mexican populations and are considered cult classics.

Quinones wrote for the LA Times for 10 years. He is currently back to freelancing and frequently contributes to National Geographic, Pacific Standard Magazine, the New York Times, and Los Angeles Magazine.

His most recent book is Dreamland: The True Tale of America’s Opiate Epidemic by Bloomsbury Press.

His career as a journalist has spanned almost 30 years. He lived for 10 years as a freelance writer in Mexico, where he wrote his first two books. In 2004, he returned to the United States to work for the L.A. Times, covering immigration, drug trafficking, neighborhood stories, and gangs. 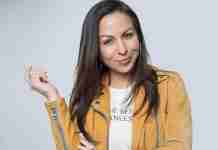