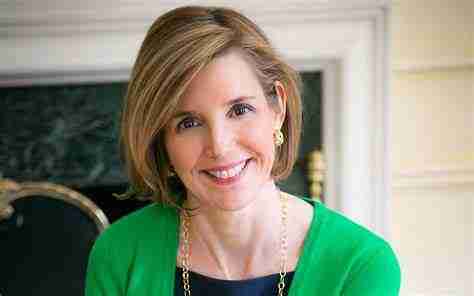 Sallie Krawcheck is on a professional mission is to help women reach their financial and professional goals (or, put more bluntly, to get more money into the hands of women), thus enabling them to live better lives and unleashing a positive ripple effect for our families, our communities and our economy.

She is the Chair of Ellevate Network, the global professional woman’s network, and of the Pax Ellevate Global Woman’s Index Fund, which invests in the top-rated companies in the world for advancing women. She is also the best-selling author of Own It: The Power of Women at Work.

Before becoming an entrepreneur, she was CEO of Merrill Lynch Wealth Management, of Smith Barney and of Sanford Bernstein.

During her career, Krawcheck has a history of turning around and growing troubled businesses, eliminating Wall Street conflicts of interest, and advocating a true client-centered business model. Fortune Magazine called her “The Last Honest Analyst” during her tenure at Sanford Bernstein, and noted that hers was the most influential voice for research quality and integrity.

Krawcheck has also been named among the top ten of Fast Company’s “100 Most Creative People” in business list, as well as one of Entrepreneur Magazine’s Entrepreneurs to Watch. and she has also been referred to as one of the most successful and influential executives in financial services.

Krawcheck also lends her voice to social media, reaching a network of more two million followers on LinkedIn and more than 50,000 on Twitter.

Lessons for Women in Business

From the Most Senior Woman in the Most Male of Businesses
Krawcheck has been on the front lines of financial services for the past two-plus decades. During that time, she has led and managed complex businesses through some of the most volatile markets in history.

At the same time, she has had a front-row seat in working directly for seven financial services CEOs, at all points in their career spectra, gleaning important insights into leadership during crisis on what works and what fails. Offering sharp insight, laced with humor, Krawcheck lays out the most important lessons in leadership, and particularly in leadership under fire.

Diversity as a Competitive Advantage

As demographics and buying power shift, diversity has moved from being a fairness issue to also being a significant business driver. In a multitude of research studies, diversity in senior management has been linked to superior business results, leading to higher returns, lower risk, greater long-term focus, increased innovation and improved stockholder returns. Despite this, progress in corporate America has stalled. As a former senior Wall Street executive and now owner of the professional woman’s network, 85 Broads, Sallie Krawcheck provides unique insights, based on real-world experience into how companies can improve their diversity results.

Insights from the “Most Powerful Woman on Wall Street”
The U.S. is in the midst of a financial planning crisis and nowhere more so than among women. Women live on average six years longer than men, but save just two-thirds as much for retirement. The causes are widespread, from earning less than men at every stage of their careers to outsourcing financial management to the men in their lives.

This talk can be tailored to women’s groups looking for how to engage on this, or to financial services firms who see this as a business opportunity:
For women’s groups – Krawcheck brings practical advice and tips, learned both from her business background, as well as from her own personal experience, for women at every stage of their lives.
For businesses – The business opportunity that this presents is significant, but it’s not as easy as putting a pink bow on the checking account. Many firms have failed in the pursuit of women. Krawcheck offers insights into this important and growing market, which derive from her business as well as her personal experiences.

Leadership Lessons Learned from Working for 7 (Yes, 7) Financial Services CEOs in the Best and Toughest of Times
Sallie Krawcheck has been on the front lines of financial services for the past two-plus decades. During that time, she has led and managed complex businesses through some of the most volatile markets in history. At the same time, she has had a front-row seat in working directly for seven financial services CEOs, at all points in their career spectra, gleaning important insights into leadership during crisis on what works and what fails. Offering sharp insight, laced with humor, Sallie Krawcheck lays out the most important lessons in leadership, and particularly in leadership under fire.

Insights on How to Navigate the Financial Services Industry Safely and Come Out Ahead…From “The Most Powerful Woman on Wall Street”
One of the most important issues facing the U.S. is the savings and wealth of individuals. Offering insights gleaned from two decades on Wall Street, and running two of the largest wealth management businesses in the world, Sallie Krawcheck offers an insider perspective into what works and what doesn’t in investing, saving and navigating Wall Street. In this talk, she points to conventional wisdom that no longer works, continuing areas of risk in the industry and a path forward for the industry and for navigating the industry.