Speakers Inc International
Home European Speakers Prof Richard Calland
Share
Facebook
Twitter
Pinterest
WhatsApp
Prof Richard Calland teaches constitutional and human rights law, and some administrative law. He specializes in the law and practice of the right to access to information and whistle blowing protection; in administrative justice; in public ethics; and in constitutional design – largely derived from his work as programme manager of the Political Information & Monitoring Service at Institute for Democracy in South Africa (IDASA) – the leading democracy think tank in Africa – which he led from its inception in 1995 until 2003. In 2000, he founded the Open Democracy Advice Centre (ODAC), a law centre based in Cape Town, which promotes the ‘right to know’, advising whistleblowers, advocating law reform and taking test case litigation on access to information now exclusive through Speakers Inc.

Prof Richard Calland continues to play a role at Idasa as Acting Manager of the Economic Governance Programme that was initiated in January 2007, and serves as part-time Executive Director of ODAC. He is a member of the Transparency Task team of the Institute for Public Dialogue at Columbia University, which is led by Professor Joseph Stiglitz. Professor Calland has in recent years served as an expert consultant to the Carter Center, the foundation led by former US President Jimmy Carter, advising on various transparency projects in Bolivia, Jamaica, Nicaragua, Peru and Mali.
In South Africa, Prof Richard Calland writes a fortnightly political column for the Mail and Guardian newspaper, ‘Contretemps’, and is a regular commentator in the media. In 2005, he spent two terms at Cambridge University, as a visiting scholar at the Lauterpacht Centre for International Law
Prof Richard Calland has for over twenty years been working in the fields of democratic governance and sustainable development in South Africa and beyond. Based at the University of Cape Town (UCT), where he is Associate Professor in Public Law, he built and led its Democratic Governance & Rights Unit from 2007-2016.
Prof Richard Calland specializes in freedom of information law and serves as a member of the Independent Access to Information Appeals Board of the World Bank. In the past, he has advised the governments of Mali, Peru, Nicaragua, Bolivia and Jamaica on transparency law reform and policy, and the Construction Sector Transparency Initiative (CoST) on matters of governance and multi-stakeholder process. In 2015, he was retained by the US Securities Exchange Commission as an expert witness in its prosecution of Hitachi under the Foreign Corrupt Practices Act.
Prof Richard Calland – Political is a Fellow of the University of Cambridge Institute for Sustainability Leadership, and has been a member of faculty on a series of strategic leadership programmes for, amongst others, the World Bank, the African Development Bank, PWC, Nedbank, Namdeb, Network Rail and Tata. He is also the co-director of the niche organisation, the African Climate Finance Hub, supporting governments and multilateral organisations in Africa on issues relating to access and use of climate finance.
Prof Richard Calland is a retained adviser on governance and politics to Massmart/Walmart and regularly gives political risk analysis to the clients of investment banks such as UBS and Citi, and is a founding partner of The Paternoster Group: African Political Insight. In 2005, he spent two terms at Cambridge University, as a visiting scholar at the Lauterpacht Centre for International Law. In 2006, he spent a month as a visiting lecturer in constitutional law at the Faculty of Law at Meiji University, Tokyo.
He holds an LLM from the University of Cape Town, a Diploma in World Politics from the London School of Economics and a BA(Hons) Law from the University of Durham. Prof Richard Calland is a regular commentator in the media and his political column has been carried in the Mail & Guardian newspaper since 2001. Author of Anatomy of South Africa (2006) and The Zuma Years (2013), Calland’s latest book on politics, Make or Break: How the next three years will shape South Africa’s next three decades
Prof Richard Calland is also an excellent choice for Facilitation, panelist and MC

The face of power in South Africa is rapidly changing – for better and for worse. The years since Thabo Mbeki was swept aside by Jacob Zuma’s ‘coalition of the wounded’ have been especially tumultuous, with the rise and fall of populist politicians such as Julius Malema, the terrible events at Marikana, and the embarrassing Guptagate scandal. What lies behind these developments? How does the Zuma presidency exercise its power? Who makes our foreign policy? What goes on in cabinet meetings? What is the state of play in the Alliance – is the SACP really more powerful than before? And, as the landscape shifts, what are the opposition’s prospects?
In The Zuma Years, Richard Calland attempts to answer these questions, and more, by holding up a mirror to the new establishment; by exploring how people such as Malema, Chief Justice Mogoeng Mogoeng and DA parliamentary leader Lindiwe Mazibuko have risen so fast; by examining key drivers of transformation in South Africa, such as the professions and the universities; and by training a spotlight on the toxic mix of money and politics.
The Zuma Years is a fly-on-the-wall, insider’s approach to the people who control the power that affects us all. It takes you along the corridors of government and corporate power, mixing solid research with vivid anecdote and interviews with key players. The result is an accessible yet authoritative account of who runs South Africa, and how, today.
ENQUIRE HERE 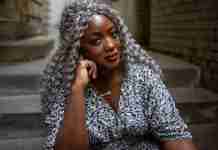 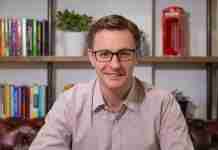