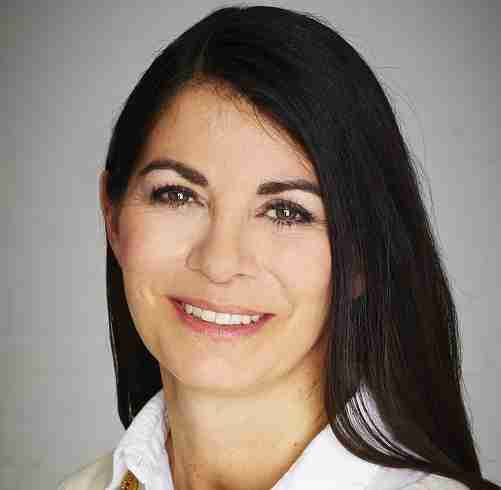 Madeleine Black is an International Speaker, Patron for Say Women, Story Teller for The Forgiveness Project, Author of ‘Unbroken’ and Psychotherapist

Madeleine Black has an unusual personnel story which she uses to inspire and motivate others.  She chose to forgive the two men who gang raped her at thirteen years old and she shares her story for many reasons. Now available to book through Speakers Inc

She wants to end the shame, stigma and silence surrounding sexual violence enabling others to find their voice, whatever their story is.  She wants people to know that it’s not what happens to us that is important but what we do with it.  She will show how changing her mindset tapped into her resilience and transformed her life, making people question their own thinking and encouraging them to see that there are always choices to make, and if we choose to, we can get past anything that happens to us in life both professionally and in our personal life.  She wants to encourage others to live their life courageously too; but ultimately she wants to inspire hope and show people that we are all so much stronger than we think we are.

The sharing of her story publicly on The Forgiveness Project’s website in September 2014, opened many doors for Madeleine in ways she never imagined, and the invitations started to pour in.  Many women and men got in contact and explained how reading her story gave them strength, hope, and a different perspective of what’s possible in their lives.  She has taken part in both TV and radio interviews and has been invited to share her story of being gang raped as a teenager at conferences, book events, schools etc.  She recognises that she was a victim of a crime that left her silent for many years but has now found her voice and intends to use it.  Not just for her, but for so many who can’t find theirs yet.

In March 2018 she won the Amazing Strength award at the No. 1 Magazine Amazing Women Awards and in October of the same year was asked to be the Patron for Say Women, a Scottish organisation which offers safe accommodation and support to young women who are survivors of sexual abuse/rape and who are homeless.

She is one of 50 Thrivers taking part in research by The Global Resilience Project to develop a resilience blueprint for others.  She is a story teller for The Forgiveness Project and has recently become involved with their programme RESTORE, sharing her story in prisons.

As well as being an International speaker Madeleine Black – Inspirational continues to work as a psychotherapist in Glasgow.  Her memoir, Unbroken, was published on April 4th 2017.

Madeleine Black’s Unbroken reveals the horrific trauma of rape and all of its repercussions with fearless honesty, while guiding the reader through such challenging material with an indomitable hope. This story is an example of the gentle feminine power that all human beings sorely need and are capable of exhibiting—our common ache for compassion, forgiveness, and love. With the determination that defines the difference between victim and survivor, Madeleine shares her monumental healing process, inviting us to begin healing of our own. This beautifully-written work is a must-read for men and women alike, and graced with the power to diminish the illusion of our separation that rape and all other violence stems from.– Arno Arr Michaelis IV, Author, Speaker, Director of Serve 2 Unite, Former white supremacist