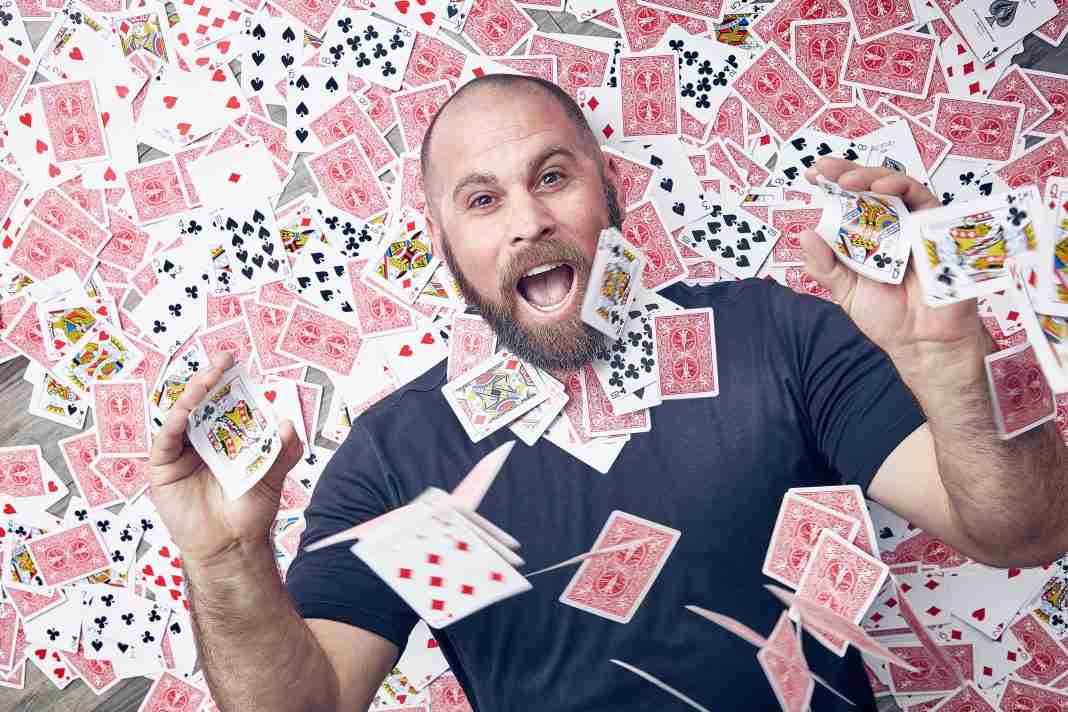 Jon Dorenbos played 14 seasons in the NFL, notably making the Pro Bowl twice as a member of the Philadelphia Eagles. In 2016, Jon competed on America’s Got Talent where he showcased his skills as a sleight-of-hand magician, making it to the finals and placing third overall in the competition amongst tens of thousands of competitors.

He then put his talent on display as a guest on Ellen, who quickly became one of his biggest fans and advocates. Jon has appeared on Ellen’s show in various capacities as well as on The Today Show.

He retired from the NFL after having successful open heart surgery to repair a defective aortic valve.

Known for his great sense of humor and positive outlook on life, Jon is a successful motivational speaker who uses his skills as a magician and his incredible life story to inspire.

Jon is a seasoned motivational and keynote speaker with more than 10 years of experience. His topics are typically tailor-made to his clients’ objectives and include: Life is Magic, The Power of Teamwork, Overcoming Obstacles, and Embracing Change.

Jon tailors his presentations to fit the needs of his audience. He inspires others by sharing his life experiences and NFL stories, relating them to corporate culture. He discusses the importance of discipline, teamwork, perseverance and the acceptance of failure in achieving a common goal. In his words, “Live in vision not circumstance”.

Jon has been performing magic since the age of 12. He started playing football his freshman year in high school.

When asked what his most proud moment of his career was, Jon responded, “when I was in training camp with the Eagles and competing on America’s Got Talent. Think about it… I was playing in the NFL and performing magic on the #1 TV show simultaneously.

At the top of my game in both professions. I played the season opener against the Cleveland Browns. Got on a jet from Philadelphia to Los Angeles and competed on the Finals of AGT the next night. So cool.”

He was traded to the New Orleans Saints during training camp of the 2017 season. It was there that doctors discovered he had a heart condition that would require emergency open heart surgery…which ultimately ended his football career. He appeared on Ellen six weeks after surgery.

Ellen created a game show that Jon hosted. Jon would show up at your house and give you a chance to win money and crazy prizes. Here is one of Jon’s favorite moments hosting that show. After the episode was done filming… the cameras kept rolling as Jon surprised a little girl.

Make your event’s keynote presentation what everyone is talking about over coffee the next morning. All it takes is the right keynote speaker – and a touch of magic – to create a memorable event.

Booking Jon as the keynote speaker is the easiest part of planning your conference or corporate event. Jon can work your company’s message and objectives into his custom blend of storytelling, magic and humor

Don’t be tricked into thinking Jon’s performance is simply a magic show. Jon uses magic in his presentation to complement the messaging.

Watch the video below to see how Jon uses magic to illustrate the conference slogan “Get on the same page” and receive a standing ovation mid-presentation. It’s magic that impacts you professionally.

Jon was a finalist on season 11 of America’s Got Talent. For his final performance he did a routine with the theme “don’t hate, don’t blame and forgive”. It is a great example of how Jon uses magic as a tool to engage an audience while delivering an inspirational message. It’s magic that inspires you personally

“Live In Vision, Not In Circumstance.”

Jon shares his inspiring story from losing his parents and the age of 12, working through the foster care system to making it to the NFL Pro Bowl. It’s an amazing story of overcoming adversity, heart and perseverance.