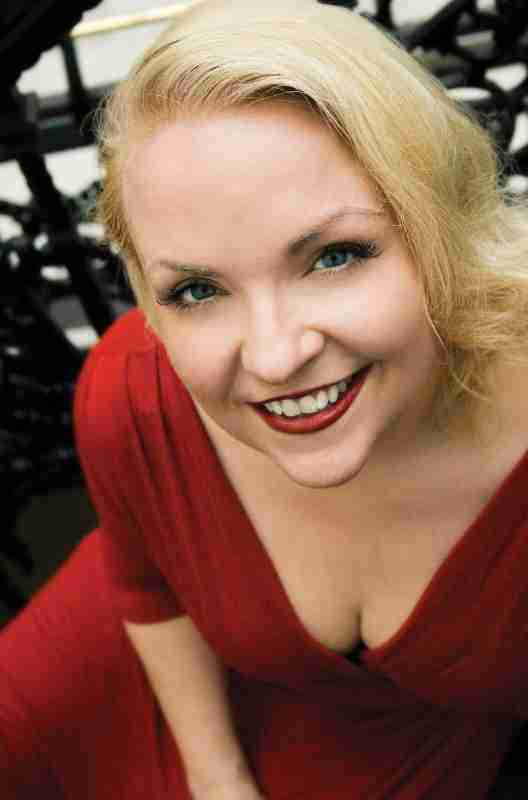 Faye Lane is a Texas-born, New York-based writer and performer whose unique blending of story and song moved New York Magazine to gush, “She had them gobbling from the palm of her hand.

Faye is an acclaimed keynote and motivational speaker.  She also offers workshops and trainings for schools, nonprofit organizations and corporations.

They were howling, crying, falling in love with her.” The critically acclaimed Faye Lane’s Beauty Shop Stories, a chronicle in story and song of her childhood in a Texas beauty salon, was the winner of the Overall Excellence Award from the New York International Fringe Festival, the Bistro Award for Best Musical Comedy and the MAC Award for Outstanding Special Production.

The show has had a long residency at the legendary SoHo Playhouse in New York and has touched audiences across the country and around the world, from Dallas to DC, from Costa Rica to North Carolina, and made Joan Rivers exclaim, “That girl belongs on Broadway!”

Faye is “one of New York’s most beloved and respected storytellers” and appears frequently in storytelling shows around the country. She is a regular performer for the nation’s premier storytelling organization The Moth, performing for standing room only crowds at such storied venues as The Paramount Theater in Austin, The Fillmore in Detroit, and the 4,000 seat Arlene Schnitzer Concert Hall in Portland, Oregon.

She has won the Moth Story Slam, which The Wall Street Journal hails as “New York’s hottest, hippest literary ticket” in both New York and Los Angeles. Her autobiographical stories can be heard on NPR’s Cityscapes and The Moth Radio Hour, and she is a featured author in the New York Times Best Seller The Moth: Fifty True Stories.

Faye has performed her stories at the Edinburgh Theatre Festival, the Amsterdam International Documentary Film Festival, and the Future of StoryTelling Summit.  Faye has studied at the Lee Strasberg Theatre Institute and the Eugene O’Neill Theater Center.