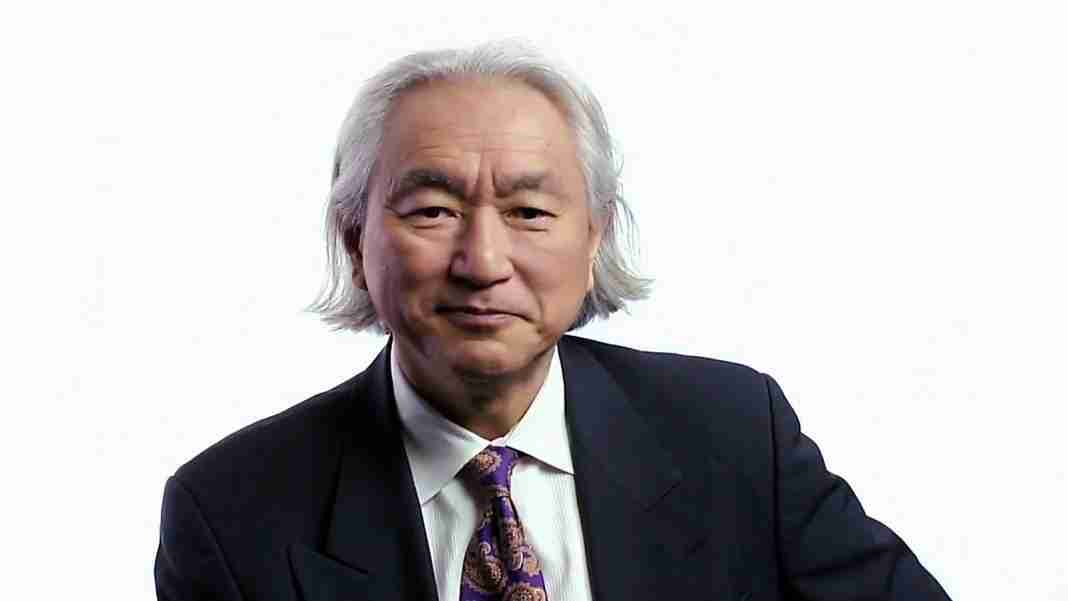 Dr. Michio Kaku is one of the most widely recognized figures in science in the world today. He is an internationally recognized authority in two areas. The first is Einstein’s unified field theory, which Dr. Kaku is attempting to complete.

The other is to predict trends affecting business, medicine, finance, and our way of life, based on the latest research in science. He has written four NY Times Best Sellers. The latest is the Future of Humanity, which projects the future of the space program decades to centuries into the future.

His previous best seller, The Future of the Mind, hit #1 on the NY Times, Amazon, and Barnes and Noble Best Sellers List, making it the #1 hardcover, non-fiction book in the country. He appears regular on national and international TV, and hosts numerous science TV and radio programs.

His Facebook site has over 3 million fans, and over 650,000 people regularly receive his tweets.

He has taught at Harvard and Princeton as well. His goal is the complete Einstein’s dream of a “theory of everything,” to derive an equation, perhaps no more than one inch long, which will summarize all the physical laws of the universe.

He is the co-founder of string theory, a major branch of string theory, which is the leading candidate today for the theory of everything. His Ph.D. level textbooks are required reading at many of the world’s leading physics laboratories.

For Physics of the Future, he interviewed 300 of the world’s top scientists, many of them Nobel Laureates and directors of the largest scientific laboratories, about their vision for the next 20 to 100 years in computers, robotics, biotechnology, space travel, etc.

His other NY Times best seller, Physics of the Impossible, earned glowing reviews from the LA Times, New Scientist Magazine, Guardian Newspaper (UK) and many, many more. It was also the number 1 science book in the United States.

His best seller The Future of the Mind details the stunning breakthroughs being made in neuroscience, which are finally beginning to unravel the mysteries of the most complex object in the known universe, the human brain.

Recent scientific advances in brain-machine interface have made possible a form of telepathy, telekinesis, recording and uploading memories, and even photographing thoughts.

He was featured in the full-length, 90 minute feature film, Me and Isaac Newton, which was nominated for an Emmy in 2001. In addition he was profiled in Tech-TV’s Big Thinkers series and is a regular commentator on that cable network. He has spoken on over 500 radio stations around the country.

He has also appeared in a number of major science specials. In 2006, he hosted a four part, four part series for BBC-TV and BBC World on the nature of time, called Time. In winter of 2007, he hosted a 3 part, 3 hour Discovery–TV series about the next 50 years, called 2057.

Further he has also hosted a new 3 part, 3 hour documentary, for BBC-TV about the future of science, called Visions of the Future. It aired in the UK in the fall of 2007, and received glowing reviews from the London newspapers, including the Times, Daily Telegraph, and Guardian. It also received some of the highest ratings for BBC4.

His book, Physics of the Future, became the basis of a 6 hour TV special on the Science Channel called Futurescape.

He also hosts his own national weekly radio program which airs in 70 cities in the US and also the KU national satellite band and internet, called Science Fantastic. It is the largest nationally syndicated science radio show on commercial radio in the United States, and perhaps the world.

He has written several op-ed pieces for the Wall Street Journal, as well as the Boston Globe.

He frequently keynotes major business conferences about the next 20 years in computers, finance, banking, and commerce. In particular, he has keynoted major conferences for major corporations, many of them controlling hundreds of billions of dollars in investments.

The Impending Energy Crisis
In this speech, the American theoretical physicist and co-founder of string field theory discusses the limitations around solar power as a main source of energy and the current problems involving the global dependency on fossil fuels. While many in the field of energy feel the time is right to make a societal shift to solar power, Kaku points out the weak links in the solar energy process that suggest it may not be the right time, such as low efficiency and a need for long-term storage capabilities.

In this talk based around his newest book, Physics of the Future: How Science Will Shape Human Destiny and Our Daily Lives by the Year 2100, speaker Michio Kaku offers a stunning and provocative vision of the future. Based on interviews with over 300 of the world`s top scientists, Kaku presents the revolutionary developments in medicine, computers, energy, quantum physics, and space travel that will change our lives and alter the course of civilization itself.

Michio Kaku Discusses the Long History of Female Presence in Logics
Michio Kaku is known as a popularizer of science, engaging his audiences with humorous anecdotes and perspectives. Moving past the sometimes dry, analytical side of science, Kaku shares a piece of history with his audience

He discusses the history of women snubbed by the scientific community. Kaku analyzes the concept of dark matter, an idea of matter which acts to hold the universe together. In the 1960s, Veera Ruben conceptualized the idea of dark matter, but was ruthlessly disregarded for being female.