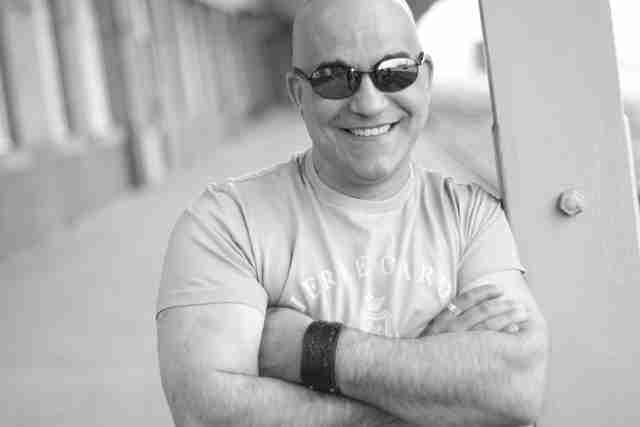 Music is definitely one of Tony’s biggest passions. DJ Tony O lives it, dances to it, and enjoys it to the fullest and is why he is one of the top Latin DJ’s around. Born in Santa Ana, El Salvador, Tony O immigrated to the United States at a young age. By the time he was 16, he was already making his mark on the DJ map. By 18, he was working at two major Latin nightclubs in the Bay area gaining attention as one of the best local Latin DJs and began his career working with headliners.

DJ Tony O aka Tony Orelalna has been a DJ in the Bay Area for over 25 Years. His breakthrough to the Latin club scene came in 1992, DJing for an event with great artists such as Tito Puente, Celia Cruz, Oscar De Leon, Grupo Niche and Orquesta De La Luz.

Tony O has DJ’d in many of the great clubs in the salsa scene as well as international concerts. Known to many as the godfather of the salsa DJ, Tony has contributed his DJ skills in teaching other DJ’s the skills of a great mix DJ, and has provided music to many of their music libraries.

Music is definitely one of Latinos’ biggest passions. We live it, dance it and enjoy it to the fullest. The same goes for One Bay Area top Latin DJ, DJ Tony “O” , who through the years his passion to Latin Music and to the world of promotion has put him to a level of  a well respected person in the Latin scene from all around the world.

Born in Santa Ana El Salvador , Tony O (as he is artistically known) immigrated to the United States at a young age. Influenced by his passion to music and singing career DJ, Tony O began collecting music and at age 16 was already a disc jockey at various High School gigs and Like every starting dj doing the Friends and family events.. At 18 years old, he was working at two major Latin  Nightclubs, In the Bay Area getting attention as one of the best Local Latin Dj in the Scene. getting Multiply gigs and concert Shows with major Headliners.

While working at the clubs and concerts Since the Mid 1990’s, Tony O has been approached and hire by A Variety of programming directors to Bring his energetic mixes to the Local Bay Area Airwaves a timeline to his radio gigs.

Besides his great mixing skills and talent, what makes Tony O stand out in the Music industry? He’s multicultural, he’s charisma and he’s energy!! for getting premier events and being a great  mentor and a Godfather to alot of up coming djs,Tony appeals to a broad audience that includes various nationalities. He enjoys mixing different genres, but his roots as a mixer are linked with Tropical music. “I grew up listening to Salsa and Cumbia because of my roots. One of the first clubs I DJed at on the weekends was a Salsa tropical  club. There, I learned about the culture ­­when I was still very young. I made many friends and fell in love with their culture.” Nowadays, his passion is everything within the Caribbean music. “I mix it all under that genre, but also knowing what the Anglo market has to offer.” Tony O is truly well versed in all markets. Tony O equals diversity!

Among his many accomplishments as a prominent DJ,Mix radio dj,Promotor Tony O has been the face of Company’s such as Marlboro Music presents, The SFjazz company,Liz claiborne,Mac Cosmetic, Macy’s and got sponsorships  by  dj company’s through out the years.Tony O have DJ to sold­out crowds at the Bill Graham Civic Auditoriuem, the Cow Palace, The San Jose event center, the Hp Center and among others.

Tony O’s  life revolves around music but his work does not end when he’s not in front of his dj gear. He also enjoys spending time with his family and his loyal Party People. Tony  is a person who has stayed true to who he is and has made sure to give back to the community. Not only is he heavily involved with the community and various charities, he also participates every year in Varies Non profit organisations suc as the leukemia foundation, helping hands for the homeless, the Latino Cancer Org.

His latest award  2012 , Tony  received an  Award By the West Coast Congress for the Contribution to the Latin Seen for the past 20 years. among other awards  he has been numerous recognise and awarded for a variety of dj competitions,and Honor for his services.

True His vision Tony o Has promoted and produce some of this great events Throughout the Current and future Months and day’s look believe for this great shows.

ABOUT US
Speakers Inc is a Professional Speakers Bureau, based in San Diego, USA. Speakers Inc has branches across Southern Africa
Read More About Us Here
Contact us: [email protected]
FOLLOW US
© Copyright © 2021 All Rights Reserved Hesketh Media LLC