Chris Lemons has been a commercial diver for over 14 years, and currently specialises in deep sea Saturation diving, operating almost exclusively in the Oil and Gas Industry.

This highly specialised form of diving involves living in the claustrophobic confines of a decompression chamber for up to 28 days at a time, commuting daily to the sea-bed in a diving bell, and working at depths of up to 900 feet for 6 hours at a time.

In September of 2012, a freak failure of the dynamic positioning system of the vessel he was working under, resulted in the umbilical which provides him with breathing gas, light and heat being severed completely. He was left on the sea-bed, in complete darkness 300 feet below the surface, with only the 5 minutes of breathing gas he carried in the emergency tanks on his back, and no way to protect himself from the freezing temperatures.

It took his heroic rescuers over 40 minutes to come back and fetch him, and his miraculous survival story has baffled experts ever since.

His extraordinary story was subsequently immortalised in the hit Netflix/BBC documentary ‘Last Breath,’ whilst Chris continues to dive to this day.

He was born in Edinburgh, raised in Cambridge, and now lives in the Scottish Highlands with his wife and daughter.

Chris is happy to tailor his address to align with your specific theme or requirements, which may include focusing on the safety aspect and lessons learned from the accident, the human and emotional elements involved, or a more generic oversight of the offshore and saturation diving world.

Chris Lemons can offer you an insight into the relatively unknown world of Saturation Diving, where those involved spend weeks on end confined to a compression chamber, whilst being lowered each day in a diving bell to the murky depths of the ocean floor to do their work.

He will also talk you through the lead up to that fateful day in 2012 and give you a very personal account of his thoughts and actions when he was left stranded 300 feet down in the icy darkness with no heat, no light and only 5 minutes of gas left to breathe, with his rescuers over 40 minutes away from being able to get to him.

Chris offers an acute, honest and emotional testimony of what goes through ones mind when seemingly counting down the minutes to death, and how surprising and revealing ones response to such a situation can be.

He also tentatively explores how staring death in the face can focus ones mind on life, as well as force you to contemplate the very finite nature of our time here on earth. Chris also discusses the practical and physiological reasons which may have contributed to his miraculous survival.

He moves beyond the miracle and communicates how teamwork, preparation, training, procedures, drills and practice played a huge role in his recovery and survival, and how the nature of how these are implemented can benefit your sphere of work or life.

Chris is also delighted to engage in question and answer sessions on any of the subjects related above.

Previous clients have included the Titan Summit in Toronto, HSBC, Shell UK, Exon Mobil, BP, the Royal Society of Medicine in London, BioMarin, Tracerco, Deep Ocean and many others.

Chris can discuss how strong leadership plays a vital role in all spheres of the work he does.  From a robust chain of command, right through to individual leadership whilst working on the ocean floors, Chris is able to share how clear-cut but objective governance is key to the safe and efficient running of complicated and inherently dangerous offshore subsea operations.  He can also describe how this same clear minded and well-rehearsed structure of leadership played a pivotal role in saving his life, and how you can use these same methods to enhance the day to day running and crisis management within your own domain.

Chris’s extraordinary brush with death gave him an opportunity to contemplate his own, seemingly imminent, mortality.  He is able to share how in accepting the inevitability of his own death in those final conscious minutes on the seabed, he was able to find a state of calm and reflect on what was most important in his life.  The miracle of his subsequent survival has given him an acute sense of what death really means, and he is able reflect with audiences on how these insights are as important in life, as they were in death.

What happened to Chris is the very definition of a crisis, not only to him personally, but to his crewmates and the reputation of the company he was working for.  Chris can discuss how detailed preparation, effective leadership, an effective chain of command, and proper training and drills allowed the team around him to remain calm under extreme pressure and effect the miraculous rescue which saved his life.

Procedures, Checklists and the importance of training and drills.

Chris works in a world where procedures, checklists, training and drills are not just essential to the work he performs, but to the preservation of life itself.  He can communicate how these are used to allow him and his colleagues to safely work and live in the dangerous environments of compression chambers and the deep sea, but also how they played an essential role in allowing his crew mates to act with the calm assurance needed to pull him back from the brink of death.

Chris is able to discuss how despite the inherent dangers involved with working in such a dangerous environment, the risks are calculated and managed to make them acceptable.  Risk assessments, management of change and dynamic risk assessments are the cornerstones behind making what could potentially be the most dangerous job on the planet, into what is arguably the safest form of diving in the world.  Chris can explain how this is implemented, and how the lessons learned can apply to your sphere of work or life.

Faced with the most unprecedented of crisis, Chris and the remainder of his crew made crucial decisions under the most extreme pressure, which led to one of the most miraculous survival stories imaginable.  Chris is able to describe how and why these decisions were made, how those involved were prepared to make those decisions, and how these same skills can be transferred to your own specific discipline. 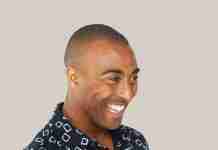 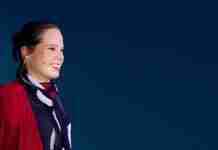