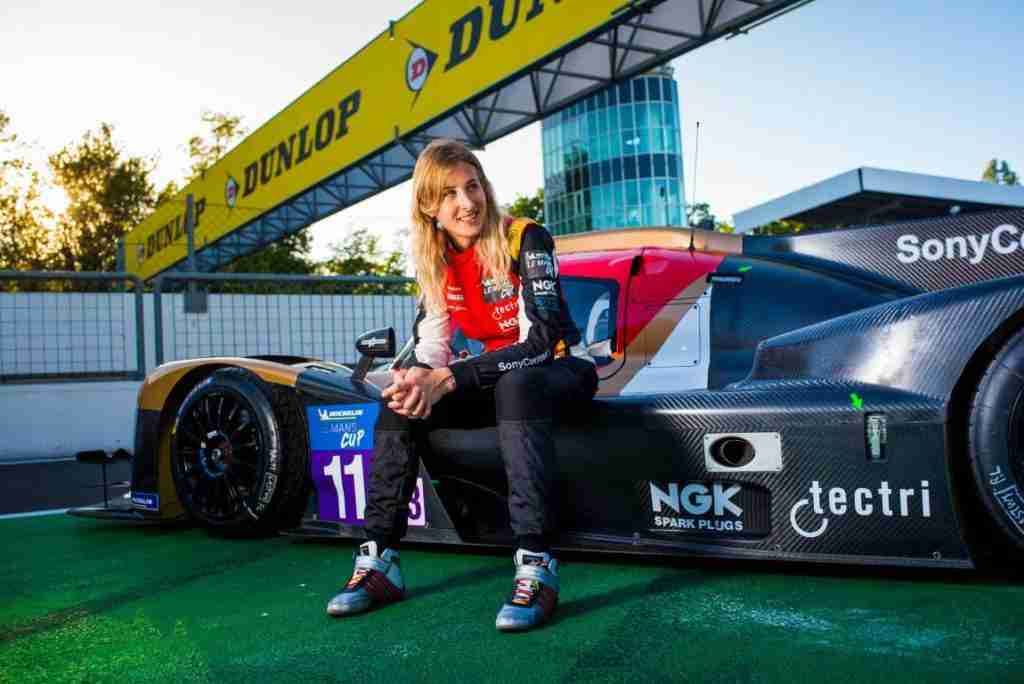 Charlie Martin is a game changer in motorsport, her inspiring story has captured the imagination of people around the world, proving that she represents a paradigm shift in motor racing.

Charlie Martin is a British racing driver and LGBTQ+ activist who has raced successfully in multiple disciplines, including single-seaters, prototypes, and GT cars. In 2020, she made LGBTQ+ history as the first ever transgender driver to compete in the ADAC TOTAL 24hr Nürburgring-Rennen, where she finished 4th in class racing a BMW M240i. In 2021, she finished 3rd in the Praga class of the Britcar Endurance Championship. Her ambition is to make LGBTQ+ history by competing at the 24 Hours of Le Mans.

Since transitioning midway through her career, Charlie has endured and overcome significant adversity.

Today, she works with leading LGBTQ+ charities Stonewall, Mermaids, and Athlete Ally to improve visibility, acceptance, and inclusion in motorsport. More broadly, she uses her platform to champion transgender acceptance in all sports and in society as a whole.

She has been featured in Vogue Magazine and was named in the Vogue 25, a celebration of inspiring women shaping the World in 2021 and beyond. She has also been included in the Pride Power list, OUT Magazine 100, and Attitude 101.

Charlie is a professional public speaker and works regularly with large organizations to help them improve their commitment to diversity and inclusion. Clients include Google, Microsoft, Adidas, AON, O2, GSK, ASOS, Bosch, and BMW.

Charlie speaks fluent French, is a keen trail runner, surfer, snowboarder, and vlogger. She has an online following of over 50k highly engaged followers.

She started hillclimbing at club level in a Peugeot 205 (in 2004), without any family history of motorsport. In 2014 she won her first race in France at St-Gouëno at the wheel of a Westfield SEiW, breaking the class record by 2 seconds! Hard work & determination enabled her to progress into single seaters & prototypes which she raced throughout Europe, competing in the Championnat de France de la Montagne & FIA European Hillclimb Championship. Driving at speeds of up to 140mph on closed public roads requires huge amounts of skill and bravery, and Charlie achieved regular success in this challenging discipline learning to speak fluent French after 3 seasons of European competition.

Charlie has fought continuously to overcome adversity throughout her life, having lost both her parents at a young age. Entering motorsport without anyone supporting is hard enough, but she also realised she identified as transgender from as young as 7, transitioning to live as female midway through her career in 2012. She recorded her entire transition on her Youtube channel, helping to inspire 1,000’s of people all over the World to begin their own journey.

In 2018 she returned to the UK and begun a full season of circuit racing in the Ginetta GT5 Challenge, taking the brave step of coming out as transgender within motorsport on TDOV and aiming to improve LGBT visibility & acceptance within the sport she loves. 3 class podiums quickly followed, helping raise the profile for her campaigning alongside charity Stonewall with initiatives at Silverstone for PRIDE at the British GT Championship in June. She received a Motorsport Marketing Award in recognition for this World first and the 2019 Downforce People’s Champion Award. She now works as a Sports Champion for Stonewall (Europe’s largest LGBTQ+ charity), Patron for Mermaids, & Ambassador for Athlete Ally (USA).

As a transgender woman in motorsport, she occupies a unique role within her sport and the LGBTQ+ community, having faced incredible adversity to become her true authentic self. Her tenacity & self-belief have helped her to overcome the impossible and push for change when the odds were stacked against her.

She is now embarking on the ambition of a lifetime to make history as the first transgender driver to compete at the 24hrs of Le Mans, the greatest race in the World.

Her fearlessness both in and out of the car make Charlie one of the most eye catching and engaging drivers competing in international motor racing today.

Charlie works regularly with large organisations, schools & universities, sharing her story as a motivational speaker. She speaks with passion and up front honesty about the challenges she has faced in both her personal life and within her sport, repeatedly overcoming seemingly insurmountable challenges to be the person she is today.

Talks can be tailored to a particular client’s brief, popular topics include: