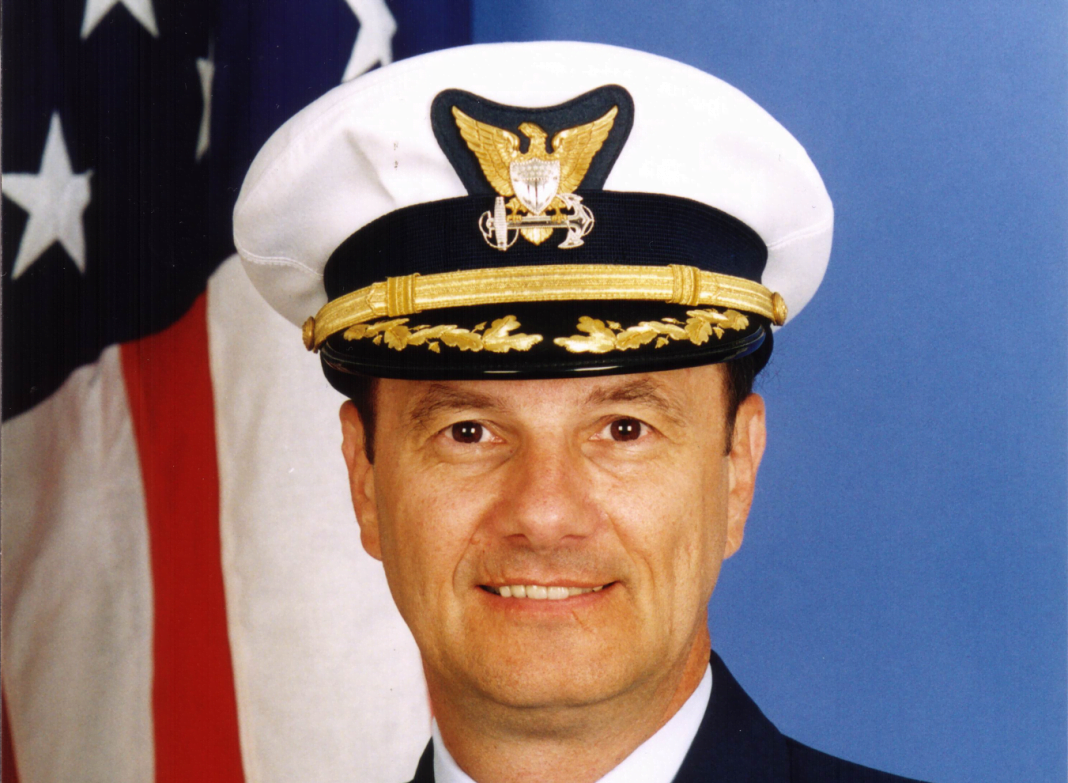 Captain Larry Brudnicki experience as the real-life Captain of the Coast Guard ship that performed two dramatic rescues during the Perfect Storm amount to only 100 hours of a 30-year career of assessing risks, making decisions and inspiring teamwork.

Captain Brudnicki retired from the Coast Guard in March 2002 after 30 years of active duty. He reported to his last assignment as the Chief of Operations, 11th Coast Guard District, Alameda, CA in August 1997 where he supervised more than 15,000 Search & Rescue cases, which saved 1,600 lives and property valued at $135 million.

He also supervised the search for survivors of the Alaska Air Flight #261 tragedy. He had tactical control of ships and aircraft that seized more than 150 tons of cocaine, including the ten largest cocaine seizures in the year 2000 and again in 2001. He also had tactical control of the ships and aircraft that interdicted 2,800 illegal migrants from the People’s Republic of China, Ecuador and Mexico.

Captain Brudnicki graduated from the U.S. Coast Guard Academy in 1972, where he earned a Bachelor’s degree in Engineering. His first assignment was on board the USCGC MADRONA (WLB-302), Portsmouth, VA where he served as Communications Officer and then as Operations Officer.

At the age of 23, he was assigned as Commanding Officer of the USCGC CAPE CURRENT (WPB-95307), Savannah, GA from 1973 to 1975. During that period, under the direction of Coast Guard Group Charleston, CAPE CURRENT was one of the pioneers that helped the Coast Guard begin a long and proud history in counter drug operations.

He attended Wesleyan University where he earned a Master’s Degree in Physical Science to prepare him for an assignment as a Physics Instructor at the US Coast Guard Academy in New London, CT. While assigned to the Academy he also served as a Gymnastics Coach, Yacht Squadron Coach and a member of the Faculty Senate.

He served as the Executive Officer of the USCGC MARIPOSA (WLB-397), Detroit, MI, from June 1980 until August 1982 and participated in the 9th Coast Guard District’s early efforts to have the Buoy Tenders rehabilitate the Light Houses that were no longer manned.

He was then assigned as the Chief, Minor Aids to Navigation Section, Ocean Engineering Division at Coast Guard HQ, Washington, DC. He led the team of project engineers that gained the Coast Guard the reputation for being the world leader among the 200 member countries of the International Association of Lighthouse Authorities for using Solar Panels to power aids to navigation in the marine environment.

As the Engineer Officer of the Armed Forces Inaugural Committee from 1984 to 1985 for the Presidential Inauguration of Ronald Reagan, Captain Brudnicki planned, coordinated and executed all inaugural activities that required engineering support.

He then served as the Commanding Officer of the USCGC BRAMBLE (WLB-392), Port Huron, MI, from July 1985 until July 1988. BRAMBLE produced the first two Waterways Management Analysis Studies in the Coast Guard, and while deployed from the Great Lakes to the Caribbean, had 3 drug seizures and assisted with another 3 drug seizures — netting 100,000 pounds of marijuana.

His next tour of duty took him to the 17th Coast Guard District, Juneau, Alaska where he served as the Chief of the Aids to Navigation and Waterways Management Branch from 1988 until 1991.

During this period, the T/V EXXON VALDEZ disaster in 1989 was the worst oil spill in our nation’s history. His proactive approach to discrepancy response and Waterway Analysis Management Studies saved the federal government from the $5 Billion liability for the cost of the clean-up operation.

Captain Brudnicki was the Commanding Officer of the USCGC TAMAROA (WMEC-166), New Castle NH during “The Perfect Storm”. During his tour, TAMAROA had more fishing vessel seizures than the rest of the Coast Guard Atlantic fleet added together, and participated in Haitian Migration Interdiction Operations when the Coast Guard was recovering 1500 Haitians per day.

In 1993 he moved to San Diego, CA where he served as Commander, Coast Guard America’s Cup Patrol. Captain Brudnicki coordinated the efforts of 80 federal, state and local government agencies during the 1995 America’s Cup in San Diego.

He also directed all Coast Guard operations to provide for the safety of life, property and the environment.

Captain Brudnicki was the Commanding Officer of the USCGC CHASE (WHEC-718) from July 1995 to August 1997. CHASE deployed to the Bering Sea for several fisheries patrols. For his final deployment, CHASE joined a Navy Destroyer Squadron to conduct training with foreign countries in Southeast Asia.

On their return home, CHASE was diverted to the East China Sea to seize a Chinese fishing vessel that had violated the United Nations Moratorium on High Seas Drift Net Fishing.

Captain Brudnicki holds a Merchant Marine Master’s License, and is a member of the National Speakers Association.

Now that he no is longer paid to get cold and wet, Captain Brudnicki uses the experience he gained from leading successful high-risk missions with international visibility and what he learned investigating accidents of others who were not so successful to deliver a message of leadership, teamwork and risk management to corporations, associations and organizations so that they can implement the steps necessary for success while avoiding the pitfalls

A powerful and inspirational keynote that strikes a perfect balance between the exciting adventure of a legendary rescue mission on the high seas and practical examples of the courage, leadership and teamwork that every organization needs to succeed in a highly competitive business environment.

Audiences will feel like they are right alongside Captain Brudnicki as he relives the dramatic story of two daring rescue missions during the worst weather in more than one hundred years, and they will they gain insight into how to succeed in a situation they can’t control and confidently take action when they don’t like their options.

This keynote provides the perfect balance between inspiration and a versatile process that the audience can immediately use make difficult decisions when they don’t like their options.

It combines the exciting adventure of a legendary rescue mission on the high seas with practical examples of the courage, leadership and teamwork that every organization needs to succeed in a highly competitive business environment, and it also includes the 7 Steps to Making The Right Decision Every Time.

You can’t eliminate risk if you want to achieve a worthwhile goal, but you can manage it to increase your chance of success.

These are the same strategies that Captain Brudnicki successfully used for a wide variety of high-risk missions with international visibility: Counter-Drug Operations, Illegal Migrant Interdictions, the America’s Cup, the Exxon Valdez oil spill, Alaska Air FLT #261, Seizure of a Chinese boat in the East China Sea, converting all federal buoys to solar power and a Presidential Inauguration.