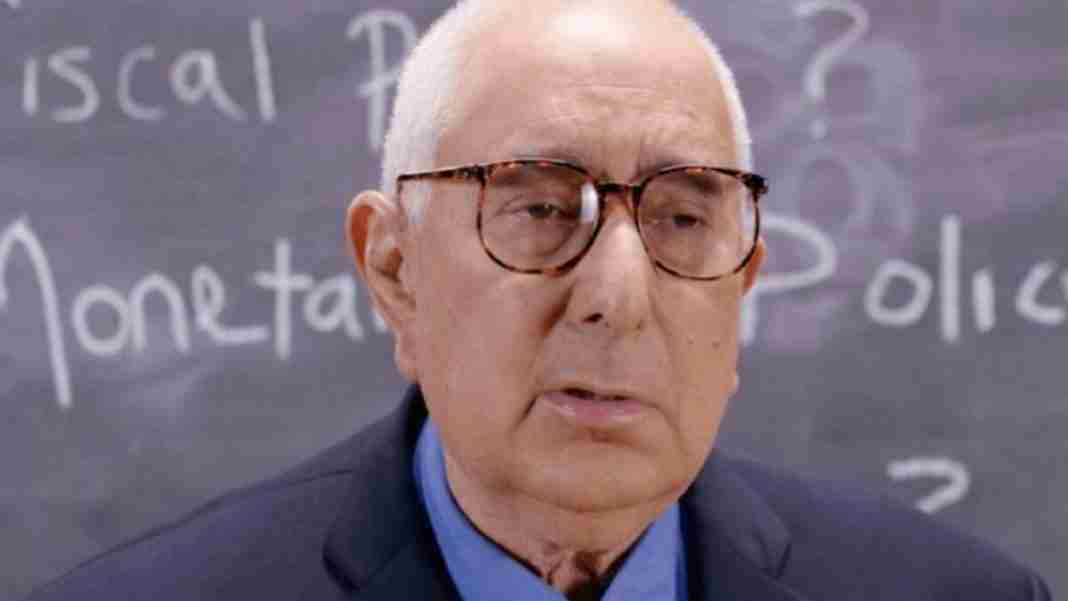 But in real life, Ben Stein is a powerful speaker on economics, politics, education and history and motivation–and like his father, Herbert Stein, considered one of the great humorists on political economy and how life works in this nation.

Stein in real life has a bachelor’s with honors in economics from Columbia, studied econ at the graduate level at Yale, is a graduate of Yale Law School ( valedictorian of his class by election of his classmates in 1970), and has as diverse a resume as any man in America.

Much more important, Ben Stein is morally committed to making your meeting a success and bringing his extensive background to bring out the most powerful and funniest trends in current history.

That background includes…poverty lawyer for poor people in New Haven, trade regulation lawyer for the FTC, speech writer for Presidents Nixon and Ford. ( He did NOT write the line, “I am not a crook….”), columnist and editorial writer for The Wall Street Journal, teacher about law and economics at UC, Santa Cruz ( undergrads ) and Pepperdine( law school and undergrads).

He has written or co-written roughly 30 books, mostly about investing, with his brilliant colleague, Phil DeMuth, many of them New York Times bestsellers. His and Dr. DeMuth’s book, “Yes, You Can Time The Market” has become a landmark of using price theory for securities market analysis.

He wrote a column about economics for The New York Times for several years, roughly 2004-2009.

He was the co-host, along with Jimmy Kimmel, of the pathbreaking Comedy Central game show, “Win Ben Stein’s Money,” which won seven Emmies, including ones for Ben and Jimmy for best game show host. ( Surely making him the only well known economist to win an Emmy….). Presently, he writes a column for The American Spectator and for NewsMax, and is a regular commentator on Fox News and on CBS Sunday Morning, as well as a frequent commentator on CNN.

He lives in Los Angeles with his wife of 45 years, Alexandra, two dogs and six cats.

He loves people and loves to meet new people and hang out with them. He’s a party guy, albeit an extremely serious economist and a decades long critic of excessively loose fiscal policy and unhelpful regulation in finance.

How to Ruin America and How to Save it

Based on his popular How To Ruin book series, Stein offers this entertaining, satirical presentation as he suggests surefire ways to ruin the greatest nation in the history of the human race. For instance: Trust the United Nations to protect us and our security; encourage contempt for the family and for the community; allow Hollywood to brainwash us into believing that only suckers and criminals fight for their country; and treat the military, the police, firefighters, and teachers as losers and pay them starvation wages.

If this sounds familiar, that`s because it may already be happening. Stein gives you all the information you`ll ever need in order to successfully ruin the USA even further. Sardonic, humorous, but also emphatic, this is a presentation every patriot should hear.

It is an eye-opening presentation using as its central metaphor the life of the cowboy and his behavior as he leaves his bunkhouse. Based upon a lifetime of observation of successful people and how they got that way, Stein suggests you imitate the determination, inner mobility, activity, flexibility-and the refusal to indulge in self-pity-of the cowboy in order to get what you want out of life. The idea is that if you never indulge in making excuses, refuse to let other people`s hangups get in your way, and move deliberately toward clearly thought-out goals, you will get where you want to go. Just as the cowboy refuses to allow himself to get sidetracked by trivia, so can you refuse to allow life`s inevitable challenges and distractions mar your own success and happiness. The choice is yours.