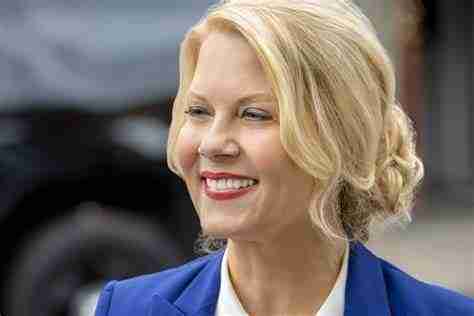 Barbara Niven has been one of Hollywood’s busiest actresses for over 30 years, and she says she is blessed and grateful to make a living does what she loves. During her career she has appeared in more than 100 film and TV roles, over 2500 TV & radio commercials, and as host in many shows and infomercials. She also served 3 years on the National Board of Directors for the Screen Actors Guild.

She also starred in the #1 rated Hallmark Movie & Mysteries series Murder She Baked with Alison Sweeney and was a regular on three seasons of the #1 rated Hallmark series Cedar Cove. Barbara guest starred in the final season of NBC’s Emmy Award-winning Parks & Recreation and her performance as Marilyn Monroe in HBO’s The Rat Pack continues to garner praise as “one of the Top 3 portrayals of the blonde icon on Film & TV”. Barbara won the Indie Best Actress award for her inspired performance in the feature film A Perfect Ending, and a Best Supporting Actress award for her role in the film Hamlet’s Ghost which opened at the Cannes Film Festival. She has also appeared on Lifetime, NCIS, Cold Case, Charmed and One Life To Live.

Barbara has gained international acclaim as Hollywood’s Top Media Trainer and Video Marketing Coach. She created her ground-breaking Unleash Your Star Power!™ system as a way to share her professional skills and secrets with others. Her clients include business owners, professionals, CEOs, entrepreneurs, hosts, speakers, authors, and anyone who wants to makeover their professional image. Barbara coaches and directs them on-camera to hone their message, speak in sound bites, overcome fear, build confidence and use video and public speaking to dominate their niche. Training is also available through her online academy.

Niven is also a Celebrity Speaker and best-selling author. Business and motivational topics include Unleash Your Star Power!, Be a Video Marketing Superstar, ACT As If  and Live Your Dreams!  She shares her struggle with bulimia in Eating Disorders & Pressures to be Perfect and has appeared on national TV talk shows to empower others who are struggling.

Barbara is a National Ambassador for American Humane and is also one of the producers of I Am a Superwoman, a forward reaching movement for Equality.

Barbara feels blessed to be living her crazy acting dream, and is passionate about using her success to inspire and help others achieve their goals. Her motto? “Don’t settle for less than wonderful in your life. Live your passion. Connect to your purpose. Make a difference. And… don’t give up five minutes before the miracle!”

ARE YOU AFRAID OF THE CAMERA? DON’T KNOW WHAT TO SAY… OR HOW TO SAY IT?

Most people have a certain level of anxiety or fear when facing a camera. Many of Barbara’s clients have never done it before, but every one of them creates stunning videos in their very first session. Barbara will ensure you come across like a Pro too. If you’re already good, get ready to become extraordinary!

Why? Bad video is worse than no video at all. Poor production values or performance skills will actually decrease your perceived value, meaning what you can charge for your services. No matter how excellent you are at your expertise, you’ll be judged by how you come across in a video or presentation. But professional, polished videos and marketing materials brand you as top-notch, someone who commands top dollar.

WITH BARBARA YOU’LL HAVE A FUN, COMPLETE, “DONE FOR YOU” EXPERIENCE.

She will personally direct you on-camera and guide you through every step of the process. You’ll be thrilled with your soaring confidence and professional image – in videos that get results!

BARBARA WILL PERSONALLY GUIDE YOU EVERY STEP OF THE WAY!

Stop the guesswork and quickly learn techniques to become confident and authentic as you talk to the camera. This also translates directly into Public Speaking and interview skills. You’ll not only learn what to say, but exactly how to say it too. It’s easy when you learn the secrets!

During the process, she will help in every aspect of developing your message and “platform” including talking points, sound bites, signature phrases, press kit materials, info products, media strategies, and performance skills. You’ll develop a Media Action Plan, plus marketing tools to ensure success!

Fee from: On Request 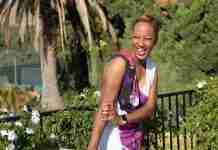 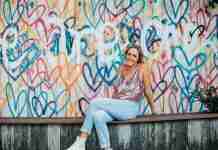