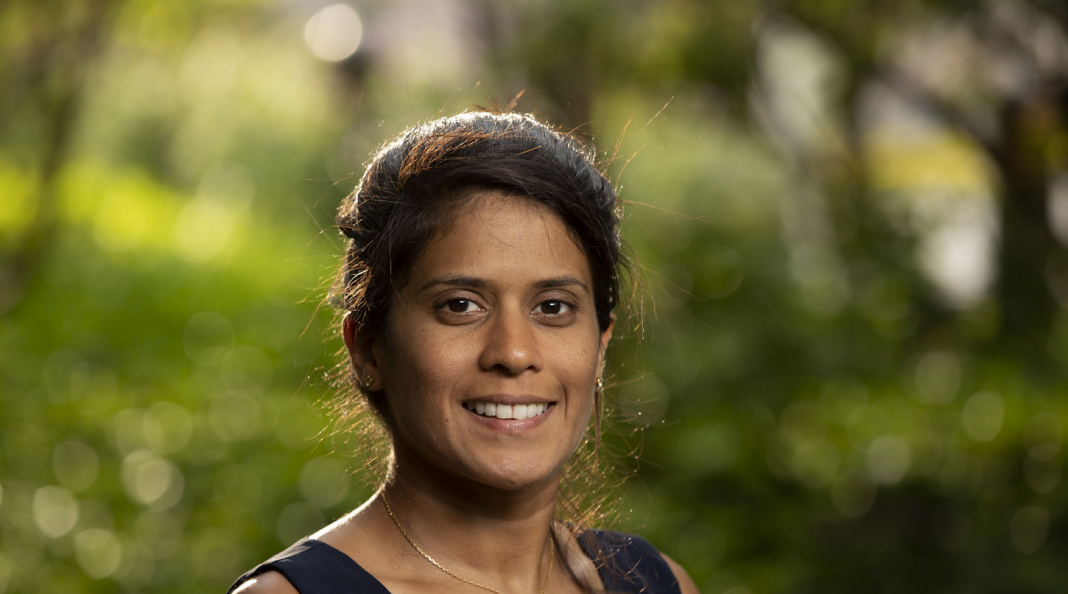 Asha De Vos is a marine biologist, pioneering the field of Blue Whale research. Best known for her Blue Whale Project, Asha is predominantly researching about the Indian Ocean.

As a speaker Asha is an ocean educator, being selected as a Senior TED Fellow to bring her knowledge of marine conservation to the world.

Asha first developed an interest in the natural world as a child, after her parents would bring her copies of National Geographic. The magazines inspired a dream of Asha’s, to become an adventure scientist, to see and experience the incredible. Determined to reach this goal, Asha attended the University of St Andrew where she completed studies and gained a degree in marine and environmental biology.

She then studied at the University of Oxford where she obtained a masters degree in bio-sciences and then at the University of Western Australia for a PhD. Such an achievement was monumental for Asha, claiming the title of the only Sri Lankan to achieve a PhD in marine mammal research.

After studying Asha delved into the world of marine biology, conservation and ocean protection. Since starting her career as a marine biologist, Asha has acted as the Senior Programme Officer for the International Union for Conservation of Nature in their marine and costal unit and has also been a guest blogger for National Geographic.

A true believer that the future of our coastlines depends on those who live locally, Asha has made it her mission to spearhead the future of marine biology. In reward of her expertise, Appointed a member of several boards and holds several high-profile roles.

She has been selected as a TED Senior Fellow and is also a Duke University Global Fellow, crediting her erudite knowledge of marine biology.

In 2013 she was awarded the President’s Award for Scientific Publications. Continually creating a reputation as an avid marine biologist, Asha was appointed a Conservation Action Fund Fellow in 2015 and a Pew Marine Fellow in 2016.

Also in 2018, she was recognised as part of the BBC 100 Women list, and in 2020 she was awarded the Global Teacher Prize for the outstanding contributions she had made to conservation throughout her career.

In her proficiency as a public speaker, Asha raises awareness of ocean conservation, the natural world and the beautiful things in it.

As a TED Senior Fellow, she had enriched audiences with countless TED talks spreading her activism and passion for marine biology. Educated, passionate and personable Asha is the perfect speaker to bring understanding and awareness sustaining the environment.

Contact us at Speakers Inc and view listing on WeSpeak Global