Alex Harris – Adventurer Motivational Speaker is a renowned South African Mountaineer and extreme athlete and he has successfully led a team expedition to achieve a world first of being the first men to cross the Empty Quarter (Rub’ al Khali) in the Arabian Peninsula unsupported. Alex is now available through Speakers Inc.

Their journey started on Monday the 4th of February in Salalah, Oman and ended at the historic Dubai Creek in Dubai on Friday the 15th of March.

This 40 day trip saw the team walk 1210kms in total, enduring very high temperatures, all while pulling an expedition cart that weighed 400kgs that contained all their supplies.

Walking through Wurglewood, meeting Italian tourists and locals, crossing the border and detailing the water stops to counting down the kilometres each day, mutual respect, motivation and teamwork kept the men going.

That and thinking of all the things they would eat and drink at the end!

The word ‘unsupported’ is the key to this world first achievement. The team received NO external assistance whatsoever.

Alex Harris – Adventurer Motivational Speaker carried their supplies for the walk in the cart that they pulled. As for water, they had initially planned to fill up their canisters at natural oases (water straight from the ground).

They were meant to fill up at three wells, Mughshin, Abu Tabul, and Al Ain, but in all three cases we were unable to.

“Soaring temperatures, hardly a breath of wind and back-breaking sand almost drove us to madness. Well certainly to a level of depravity we have never before felt the days have been made up mostly by weaving together the best line in a most unlikely world. Vast seas of sand stretch before us every day, flanked by great big dunes” wrote Alex Harris-Adventurer Motivational Speaker on the blog at the halfway mark.

Their long walk across the desert was a test of their endurance and stamina.

Each day started at sunrise with the guys crawling out of their tent like three dirty worms.

Breakfast was one packet of ‘hot cereal start’ each made with water that was boiled over a small gas stove. Snacks for the day were a flapjack and a packet of trail mix each.

At the end of the day, they looked forward to pulling up next to a dune to camp for the night.

It was magical for them to be able to watch the sun set between the red sand dunes. The evening ritual involved a cleansing of sorts.

They had one wet wipe each per day that they all used in their own special manner! Dinner was a freeze-dried meal and dessert each, and on the odd occasion, a cup of tea. One would cook while another would set up the tent and the other would write for the blog.

By 19h30 they were ready to sleep. Stretched out on their sleeping mat, the guys would look into a sky filled with a million stars and feel the coolness filling the valleys as they fell asleep.

Rub’ al Khali (Empty Quarter), one of the driest regions of the world is virtually uninhabited and largely unexplored.

The terrain is covered with reddish-orange sand dunes with heights up to 250 metres, interspersed with gravel plains and salt flats with a typical annual rainfall of less than 35mm.

This hyper-arid desert is 650 000 square kilometres encompassing most of the southern third of the Arabian Peninsula, including the southern quarter of Saudi Arabia and areas of Oman, Yemen and the United Arab Emirates.

To place this in context this is more than the combined land mass of The Netherlands, Belgium and France.

Through Mountain Heights and its initiatives, Broccardo aims to increase awareness regarding the severity of drug addiction in South Africa today and to ultimately realise the vision of giving hope to the addicted.

Broccardo says: “Mountain Heights is a mechanism to effect change. Whether it is through this expedition, the 7 Summit Challenge or any of its other initiatives the message is ultimately the same. Reaching and achieving such goals demonstrates to those battling addiction that anything that you put your mind and body to can be achieved. We aim to bring hope to those who need it most.” 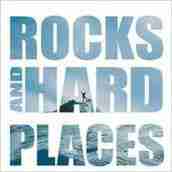 Rocks and hard places first-hand narrative of the authors attempts to reach the Seven Summits — the highest point on each of the seven continents.

It is a journey, punctuated by personal triumphs and bitter disappointments, that takes him from the sticky tropical forests of Irian Jaya to the biting, sub-zero temperatures of Mount Everest.

The title provides a perspective of the joys, tragedies, epiphanies and betrayals that climbers experience in the punishing conditions of high altitude.