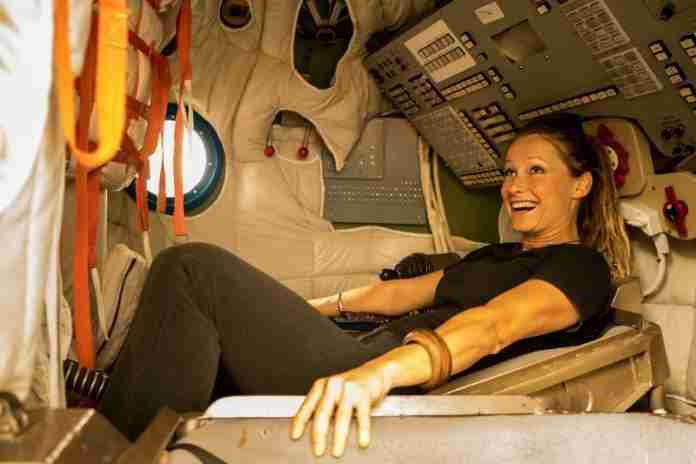 Dr Adriana Marais is a theoretical physicist, technologist and aspiring extraterrestrial, believes that we are living at a unique point in the history of life on Earth.

“The reason I want to explore beyond the world as we know it is simple:

The allure of the unknown is far more powerful than the comfort of the known.” #ProudlyHuman

Developments in engineering and science are taking place at an unprecedented rate, and the expansion of our society beyond this planet is within reach.

In December 2020, she and her team will depart for an overwinter, off-­‐world settlement simulation experiment in Antarctica to demonstrate community living and off-­‐grid capabilities from life-­‐support to communication systems, in the harshest and most isolated environment on Earth. The expedition is an initiative of #ProudlyHuman: pioneering new frontiers in research and technology for a sustainable future on Earth, above and beyond.

Adriana is the Founder of #ProudlyHuman, as well as Director at the Foundation for Space Development, an initiative of which is Africa2Moon, to inspire the youth of developing nations, in particular Africa, to “Reach for the Moon” through education and science. She is also a member of the South African government advisory task team on the 4th Industrial Revolution, Faculty at the Singularity University and Duke Corporate Education, and an astronaut candidate with the Mars One Project.

Previously, Adriana was Head of Innovation at SAP Africa between 2017 and 2019. Her career began in academia, and she has authored numerous articles on her research in theoretical quantum  physics,  as  well  as  won  awards  including  the  L’Oreal-­‐UNESCO  International  Rising Talent Award in 2015 and the Royal Society of South Africa Meiring Naude Medal in 2016. She is an alumna of the Lindau Nobel Laureate Meetings in physics and a Global Women’s Forum Rising Talent, both 2016.

Adriana Marais – Inspirational believes that education comes with the responsibility to share knowledge, and while still on Earth, is actively involved in the promotion of science and space exploration as Special Project Coordinator for the Foundation for Space Development South Africa, an exciting initiative of which is the Africa2Moon project.

She has given numerous talks since 2014, inspiring school children, teenagers and adults around South Africa and abroad to get excited about science, believe in their dreams and remember Nelson Mandela’s words “It always seems impossible until it’s done”.

“Watch this space! Expanding our imaginations and our world”
A presentation on how we are living in a new era of innovation in space exploration and how the possibility of contributing to the discovery of evidence of extra-terrestrial life is what Adriana finds most fascinating about the prospect of being amongst the first earthlings to move to Mars.

Admin - 9 May 2019 0
Peter van Kets – Adventurer is one of South Africa’s top adventurers and international keynote/inspirational speakers and a passionate conservationist. He has...